You are here: Home / Uncategorized / Pride Goeth Before A Very Loud BOOM! 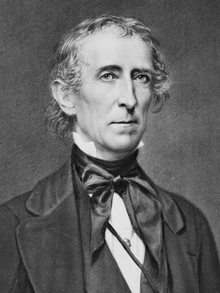 John Tyler became the 10th President of the United States after serving only one month as the Vice President to William Henry Harrison who died 31 days after his inauguration.  He was sworn into office on April 4, 1841.

On this day in 1844, President Tyler was cruising the Potomac on the U.S. Navy’s newest steam ship, the USS Princeton.  Four-hundred guests were aboard this ship, enjoying its maiden voyage.

Captain Robert Stockton had bragged to anyone who would listen about the ship and the armament it carried.  John Ericsson had designed a 12-inch, 27,000 pound canon for this ship, the most ferocious weapon of its kind yet.  It was called Peacemaker.  Even though the ship was ready, Ericsson had vehemently argued that the canon was not and had not been thoroughly tested.

Eager to show-off and at the encouragement of the dignitaries, honored guests, and crew on board, Stockton agreed to fire the canon.  After two volleys and the roar of the canon, the audience cheered wildly.  Feeling great pride in the day, the Captain went below deck to celebrate in a reception with the guests.

President Tyler offered a toast to the three great guns:  the Princeton, its Captain, and to the Peacemaker.  Then, in the midst of the revelry and celebration, the Secretary of War who was aboard suggested yet another volley from the Peacemaker.

At first, Captain Stockton kindly denied the request, perhaps feeling they should not press the canon further, even though it had performed well.  After much prompting and goading, the Captain finally acquiesced and ordered the third volley to be fired.  This would prove to 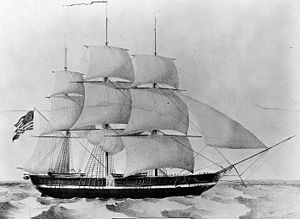 When fired, the Peacemaker exploded.  Seven on board were killed by the explosion and 16-20 were injured.  President Tyler was halfway up the ladder to the upper deck when the explosion happened.  He was only inches away from death and never knew it.

Two obvious lessons jump out of this 177-year old story.  First, we read in Proverbs 16:18, “Pride goeth before destruction, and an haughty spirit before a fall.”  If you ever watch programs like America’s Funniest Home Videos, you know that nothing good is going to happen after someone says, “Watch this!”

Pride got in the way of Captain Stockton’s judgment and ability to humbly lead and protect his passengers.  It was his undoing, just as it is for us.  The results of the Captain’s pride were destruction and death, all of which could have been avoided had he practiced humility, discipline, and self-control while listening to the voice of the expert who told him the gun wasn’t ready.

Pride will get us into the same situations, even causing literal death and destruction.

Unfortunately, Captain Stockton never seemed to learn humility.  He was cleared of any wrongdoing.  After leaving the Navy, he became Governor of California.  Years later, Stockton took full credit for the design and construction of the Princeton.

The second lesson is found in James 4:14 which says, “Whereas ye know not what shall be on the morrow. For what is your life? It is even a vapour, that appeareth for a little time, and then vanisheth away.”  President Tyler’s life could have ended in an instant that day.  The lives of seven others did.  In a split second, the lighthearted celebratory spirit was vanquished by horror.

How quickly everything can change.  We have to be ready for eternity because the call into eternity often comes without notice.