You are here: Home / Uncategorized / Let The Winds Blow 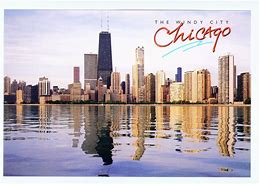 Some United States cities are known equally well by their nickname as they are for their actual name.

The 19th c. America was different than today.  As cities grew, there was a competitive spirit to “one-up” another city.  Major cities of this time period included NYC, Milwaukee, Cincinnati, and others including Chicago.  Jealousy existed between the cities, even though they were miles apart and could not actually affect the growth and development of the other.

“In the Chicago Daily Tribune, a reporter wrote in 1858 that “[a] hundred militia officers, from corporal to commander … air their vanity … in this windy city.”1  The term “windy city” was a derogatory slam against what was deemed as an egotistical bunch of wind bags blowing hot air.  Chicago was seen as a place concerned only with profit and bragging about it.

“In 1893, despite New York journalists’ assertions that the people of “that windy city … could not hold a world’s fair 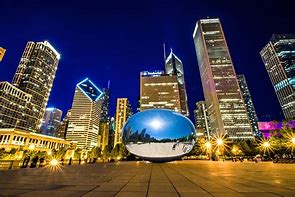 even if they won it,” Chicago beat out the Big Apple to host the World’s Fair.”2  I wonder what the people of the 19th c. would say if they were alive today and heard the news in 2019 that Chicago was voted the Best City In America!

Do you know anyone who could be called “The Windy City?”  The gale-force winds of their incessant talking howl through the quietness of a room.  Maybe you would scale the forecast down to “Breezy” but the point is still the same.  Some folks seem to be soothed by the sound of their own voice!

Proverbs 10:19 says, “In the multitude of words there wanteth not sin: but he that refraineth his lips is wise.”  And, Solomon reminds us in Ecclesiastes 5:2-3, “Be not rash with thy mouth, and let not thine heart be hasty to utter any thing before God: for God is in heaven, and thou upon earth: therefore let thy words be few.  (3)  For a dream cometh through the multitude of business; and a fool’s voice is known by multitude of words.”

When there is a multitude of words, the natural gravitational pull of those words focuses the conversation on the talker.  He/She becomes the focal point.  Given enough time (and it doesn’t usually take much), the verbal autobiography becomes a glory session, retelling and magnifying what the speaker has done.

God knows the propensity we have to speak of ourselves.  Using Paul as His mouthpiece, God said through Paul in 2 Corinthians 10:17-18, “But he that glorieth, let him glory in the Lord.  (18)  For not he that commendeth himself is approved, but whom the Lord commendeth.” 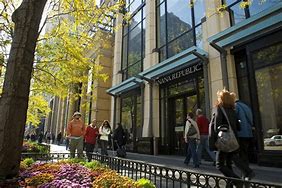 Being called “The Windy City” probably helped to fluff the egos of Chicagoans.  But, being a “windy city” Christian is not a compliment.  Rather, it’s a subtle call for the winds to be still and to reevaluate.  Once that is done, start those winds blowing again, keeping ourselves out of the conversation and making it all about the Lord.

If you have the gift of gab, gab about the Lord!!  Let the winds blow the right direction.