You are here: Home / Uncategorized / A Rude Awakening 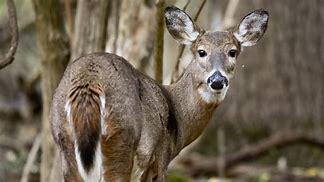 We love to see deer in their natural habit.  Herds will be grazing in an open field.  Others might be seen in the woods.  And if you watch carefully, you might even catch one hitching a ride on a school bus.

It’s Thursday, April 1st in the Powhatan County, Virginia school district.  Ninth-grade student, Brendan, is the first to be picked up and he is sitting in the front seat on the door-side of the bus.  Either it had been a long night or the alarm went off too early but Brendan’s plan was to sleep once he got on the bus – which is exactly what he was doing.

A veteran bus driver who wished to keep his name private was driving along his route when, at 7:31 a.m., a deer came out in front of him which he avoided.  However, another deer was waiting to challenge the school bus.  The second deer jumped, came across the hood of the bus, and crashed through the front window on the door side.  In a spray of glass, it hurdled the first seat barrier and landed on top of sleeping Brendan.

It took about 10-seconds for the driver to safely pull the bus over.  Meanwhile, the deer is thrashing around, trying to get its footing as it attempts to get out of the seat and search for a way out.  As the bus comes to a stop, the driver opens the door and the deer runs for safety.  Very calmly, the driver radios for assistance, explaining what has just happened.

Brendan says the whole thing was “shocking and confusing.”1  All he wanted was a few minutes of extra sleep.  Instead, he awakes to something on his back, pushing him down.  Thankfully, nobody on the bus was hurt by flying glass or this acrobatic deer. 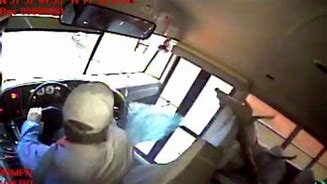 As for the bus driver, Interim Transportation Director Brian Bartlett said, “He did very well. He was able to get the bus off to the side of the road safely, turned the four ways on while the bus was moving, and did all of this while the deer was still in the floor of the bus kicking all around,” Bartlett said. “He did a very good job at keeping the bus safe and keeping the kids on the bus safe.”2

This remarkable event reminded me of another sleeping individual who was abruptly awakened.  “And when Herod would have brought him forth, the same night Peter was sleeping between two soldiers, bound with two chains: and the keepers before the door kept the prison.  (7)  And, behold, the angel of the Lord came upon him, and a light shined in the prison: and he smote Peter on the side, and raised him up, saying, Arise up quickly. And his chains fell off from his hands.  (8)  And the angel said unto him, Gird thyself, and bind on thy sandals. And so he did. And he saith unto him, Cast thy garment about thee, and follow me.” (Acts 12:6-8)

Have you ever been abruptly awakened out of sleep by the Lord?  You awoke with a sense of urgency to pray.  Maybe the Lord was alerting you to a danger.  It could have been simply that the Lord chose that moment to speak to your heart.  He wanted to spend time with you in the quietness of the early morning hours.

Sometimes, the sleep from which we need awakened is a spiritual slumber.  God will often send something to jolt us out of our lethargy.  Romans 13:11 says, “And that, knowing the time, that now it is high time to awake out of sleep: for now is our salvation nearer than when we believed.” 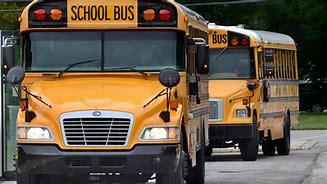 And, in case you were wondering, the deer was unharmed and could be seen running across the fields to get away.  Even it didn’t want to go to school that day!