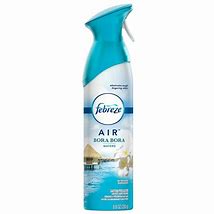 Most likely, all of our homes have a can of air freshener placed strategically in the bathroom, kitchen, or wherever a stench needs quenched.  Arriving on the scene in 1948, the aerosol can of potpourri fragrances was created from military technology.

To spray insecticides, the military used a fluorocarbon propellant to expel insecticides.  Someone thought, “If it works for them, why not replace the insecticide chemicals with fragrant chemicals that will give the asthmatic a new reason to wheeze and will pump “carcinogens, volatile organic compounds and known toxins such as phthalate esters” into the air?”*  Brilliant, huh?  Hold on to this for a moment.

The Lord has given me a pretty good sniffer.  I can smell things that escape most people.  However, many months ago, I smelled something I wish I hadn’t and couldn’t find the source!

When something is rotting, it gives off an unmistakable aroma.  Walking in the house one day, I caught the faint whiff of something that had died.  The search through the house turned up nothing which drives me crazy!  Out comes the can of air freshener.

This process is repeated for a few days.  Each day, the odor got worse, I still can’t find anything, and more and more air freshener is needed.  I’m thinking we’ve gone from a dea 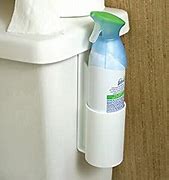 d mouse in the house to the certainty that I’m going to find a dead coon or possum.  Nope!  It was a dead cow.

Our chest freezer is in the basement.  We had gotten some beef which had been frozen.  While putting it away in the freezer, the container fell and frozen blocks of meat slid everywhere.  I picked them all up and put them in the freezer – except one that had slid just under the basement step and I never saw it.  By the time I found it, that little brick of hamburger had turned into a rotting, rancid, mushy mess with an odor so pungent that air freshener couldn’t help.

Clean-up was fun.  The maggoty mess was put in a garbage bag and taken to the dumpster.  The carpet chunk was chucked.  Straight bleach was poured on the concrete floor and allowed to evaporate before the area was cleaned with more bleach and water.  Once this was done, the smell had completely vanished away.

If you are not gagging on my story and can continue, I promise – no more gross things except for gross sin.  Here’s the synopsis.  Joshua is the leader of Israel.  He took them into battle against Jericho and the battle was fought in a very unconventional manner.  But it was GOD’s battle plan and it worked.

When the walls of Jericho came down and the Israelites stormed the city, they had strict instructions:  do not take of the possessions of Jericho.  And, all the gold, silver, brass, and iron are the Lord’s and are to go into His treasury.  Simple instructions, right?  However, when the dust settles, one man had taken the accursed things and had stolen from God.  He took some silver and gold for himself.

The rotting stench of Achan’s sin caused Israel to lose their next battle against Ai.  No incense or air freshener could cover the horrific smell.  Joshua cries to God and God tells Joshua that there is sin in the camp.  Through a process, it was discovered what Achan had done and Achan comes clean.

“And Achan answered Joshua, and said, Indeed I have sinned against the LORD God of Israel, and thus and thus have I done:  (21)  When I saw among the spoils a goodly Babylonish garment, and two hundred shekels of silver, and a wedge of gold of fifty shekels weight, then I coveted them, and took them; and, behold, they are hid in the earth in the midst of my tent, and the silver under it.” (Joshua 7:20-21) 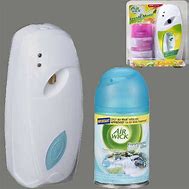 Hiding sin, burying it in the ground, or ignoring it doesn’t make it go away.  Instead, it gives it a place to fester and rot.  The putrid fragrance catches God’s nostrils before ours.  Literally, it stinks to high Heaven!  Left alone, the toxic fumes will make everyone sick.

Beloved, NO sin can be left in the dark recesses of our hearts.  The air fresheners of our good works or generous giving cannot cover the stench.  Confession, repentance, and forsaking of the sin is all that works – the complete eradication and removal of the offense.

Throw the air freshener away and find the source of the stink!