You are here: Home / Uncategorized / And They All Came A Tumblin’ Down! 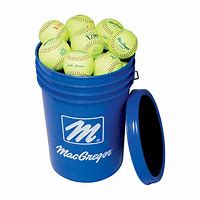 Wednesday, 12 – You have to paint a mental picture of this story to get the full affect.  A dad named Frank lives at the top of a hill.  The incline is a quarter of a mile long.  You make a left-hand turn at the top of the hill to turn into Frank’s house.  Even the driveway is sloped downward toward the steep road.

A video from a Ring doorbell captures a hilarious event.  Frank’s daughter plays softball.  All of her equipment is in the back of dad’s SUV, including a couple of buckets of softballs.  Unbeknownst to dad, the buckets must have shifted on the ride home.

Later in the day, dad realizes that he needs something from the back of his SUV.  As he opened the rear hatch, 30 softballs pour out the back, race down the drive and down the quarter mile of inclined road leading to the house.  Dad’s shock stuns him into a moment of inaction before he frantically tries to stop the cascade of balls.  His valiant attempt is useless.  Those balls are long gone!

On the video, you hear dad yelling, “No, no, no, no, no!” before using other words that I will not print.  Had it not been for his language, the entire scene would have been hilarious.  However, Ed Mazza, the writer of the article said that after the stream of “no’s”, Frank used “situational appropriate profanity.”1

Isn’t it remarkable how people justify their use of profanity?  Maybe someone will say, “Pardon my French.”  The French language is a beautiful, romantic-sounding language.  What you just heard coming out of someone’s mouth was neither beautiful NOR romantic.  And it definitely was not French!

Years ago, I remember hearing someone declare that the use of foul language was evidence that the individual obviously didn’t have much of an education.  However, I remember the first time I heard a school teacher swear and the first time I heard a doctor swear.  I was in high school for the first one but I was an adult (and a pastor) when I heard the second one come from the mouth of a doctor storming out of the ER at Bryan Hospital.  He acted pretty sheepish when he saw me.

That’s been a number of years ago.  Today, people have no filter and no conscience about what they are saying or who is around when they say it.

James 3:10-12 says, “Out of the same mouth proceedeth blessing and cursing. My brethren, these things ought not so to be.  (11)  Doth a fountain send forth at the same place sweet water and bitter?  (12)  Can the fig tree, my brethren, bear olive berries? either a vine, figs? so can no fountain both yield salt water and fresh.”

Through the years, some have lamented that they just can’t seem to put a lid on the vulgarities.  Why do I say these 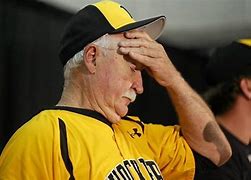 things? they ask.  The answer is simpler than you might think but it’s probably not the answer we want.

“But those things which proceed out of the mouth come forth from the heart; and they defile the man.  (19)  For out of the heart proceed evil thoughts, murders, adulteries, fornications, thefts, false witness, blasphemies:  (20)  These are the things which defile a man: but to eat with unwashen hands defileth not a man.” (Matthew 15:18-20)

Whatever is in the heart WILL come out.

There is no such thing as situationally appropriate profanity.  Instead, there are hearts that need to be cleaned up.  Clean up the heart and the mouth will clean up.