You are here: Home / Uncategorized / Don’t Be A Fool 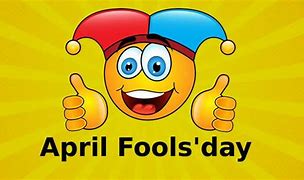 This is April Fool’s Day.  Origins of this celebration are debated.  Some trace it as far back as 1392 and a reference in Chaucer’s The Canterbury Tales.  Writers from 1508, 1561, and 1686 have all been credited as having coined the concept.

Regardless of who invented the day, it has been a time of good-natured practical jokes.  One of the earliest jokes was a ruse in 1698 to get a group of people to come to the Tower of London to see the lion’s washed.  Sure enough, a group showed up.

Through the years, several award-winning pranks have been pulled.

While many have fun on this day playing practical, silly jokes, let’s consider the person who is a fool every day of the year.  Psalms 14:1 says, “The fool hath said in his heart, There is no God. They are corrupt, they have done abominable works, there is none that doeth good.”

When a person believes that there is no God, they become a god unto themselves.  They determine what is right and wrong.  They set the standards for their life.  They live as if they have all the answers for when they die and eternity.  Such a person is going to be very unpleasantly surprised.

“And he spake a parable unto them, saying, The ground of a certain rich man brought forth plentifully:  (17)  And he thought within himself, saying, What shall I do, because I have no room where to bestow my fruits?  (18)  And he said, This will I do: I will pull down my barns, and build greater; and there will I bestow all my fruits and my goods.  (19)  And I will say to my soul, Soul, thou hast much goods laid up for many years; take thine ease, eat, drink, and be m 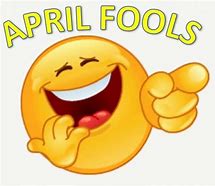