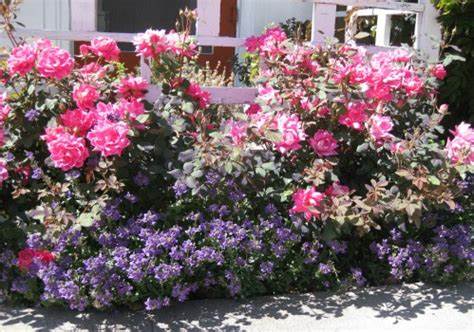 Rose bushes provide a special memory for me from my childhood.  It’s not one of those sentimental type of memories that usually accompanies something as beautiful as a rose.  This memory comes from when I was about 4-years-old.

We were living on County Road 20, just a mile from where we currently live.  The old farmhouse had a large raised cement porch and, in the front, and at the middle of that porch was a beautiful rose bush.

It was sometime in late Spring to early Summer.  My Aunt Edna and her daughter, Patricia, were visiting from Lumberton, NC.  There were some others of mom’s family there but these were the ones I remember because they were my favorites.  Tricia is 6-8 years older than me.  And, this 4-year-old thought he had the prettiest cousin around!

While everyone was inside, I wanted to ride my tricked out Radio Flyer tricycle, complete with streamers and handle-bar bell, on the porch. 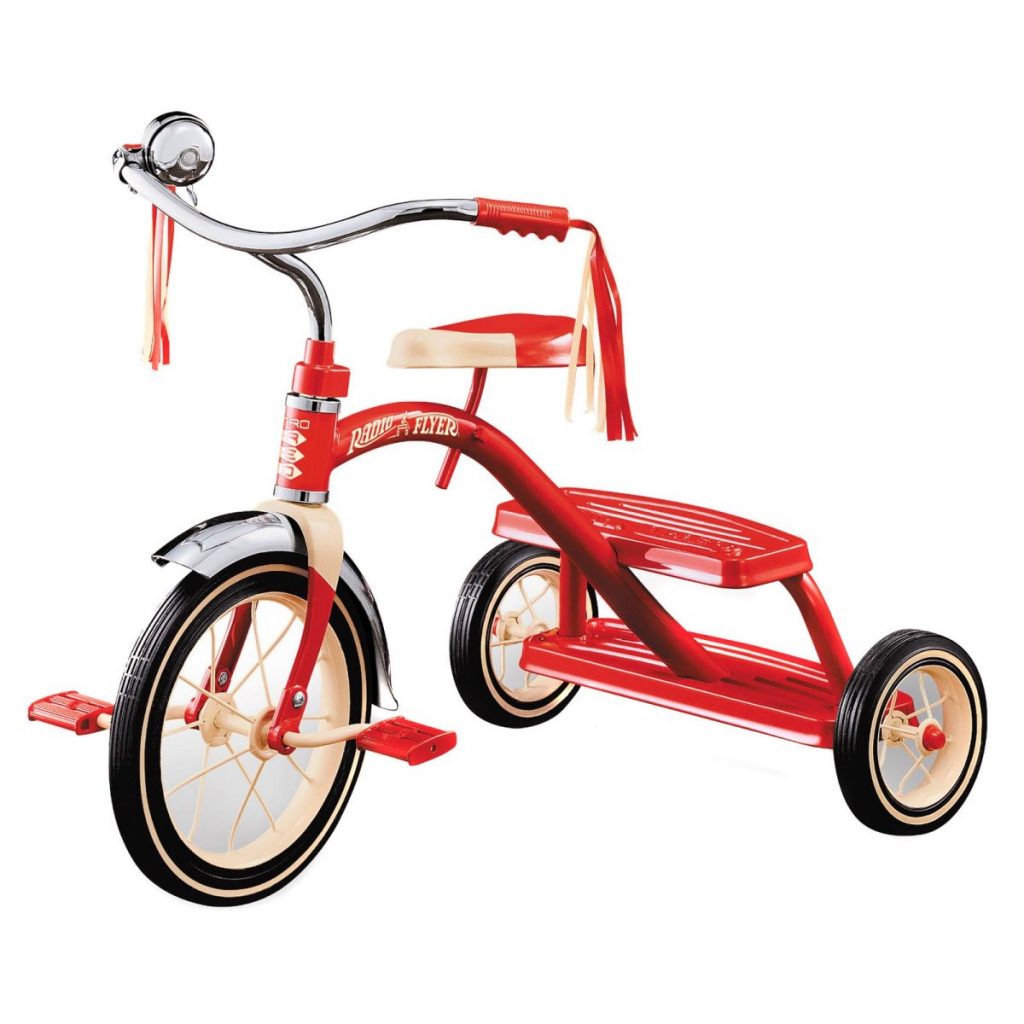 Truth is, I wanted to show off.  I distinctly remember mom telling me not to get too close to the edge but what does she know about male pride and the need to prove yourself?

You know where this story is going, don’t you?  I started riding, making circles on this large porch.  Naturally, I had to go faster to increase the thrill factor and my need to be a big shot which meant that the circle keeps expanding wider.  Before you knew it, I was on the edge of disaster!  I knew where I was at but I had to make one more lap.

Well, that final lap took the back wheel of my ride right over the edge.  I obviously hadn’t mastered the concept of gravity and centripetal force.  With my momentum instantly gone, my tricycle and I fell backwards off the porch – into the middle of the rose bush.  Of all the places where I could have fallen, it was there.

My manly skills and pride – along with my body – are injured and I start crying.  This 4-year-old “man” has been reduced to the preschooler he is and has to be rescued by a bunch of girls, including my cousin.  With my cool-factor falling faster than the stock market and my shame and embarrassment growing, it only got worse.  Right there in front of all these women, I was reduced to my tighty-whities while thorns were plucked from my body and cuts were painted orange with Mercurochrome.  And, my most compassionate, attentive nurse — was my cousin!   I wanted to die!!!  My pride already had!

There are so many spiritual take-aways that this story provides.  Let me just address the most obvious.

Proverbs 16:18 warns, “Pride goeth before destruction, and an haughty spirit before a fall.”  Another similar warning is found in 1 Corinthians 10:12 where we are told, “Wherefore let him that thinketh he standeth take heed lest he fall.”

As a 4-year-old, I sure wish I would have known those verses!  I wouldn’t have made that mistake and fallen in the rose bush.  How many of you really believe that?  I don’t!

Unfortunately, even though we know those verses, we seem to think that we are invincible and impervious to pride.  That attitude sets us up for falling and destruction.  Salvation doesn’t abolish prideful hearts.  Rather, salvation brings the Savior into our hearts and gives us the ability to fight and resist pride.

At the heart of every sin is pride.  We think we are better than others who fell into the same mess.  We’ve been saved longer.  We’re stronger.  We’re more spiritual.  Famous last words:  I know better.  That will never happen to me.  Almost before the words dribble off our tongues, we’ve stumble on our pride and fell off the porch.

Take a lesson from a starry-eyed 4-year-old tricycle daredevil.  Get away from the edge!  You WILL fall!  And, those thorns HURT!