You are here: Home / Uncategorized / Gates 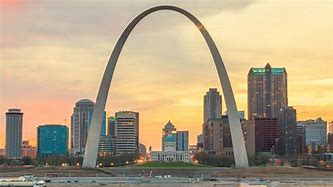 Throughout the world are massive, ornate gates that served as a portal to a city once enclosed.  Today, they stand as landmarks, relics of the past, which remind us of a different time period and method of operation.

While not typically thought of as a “gate,” the Gateway Arch in St. Louis, MO is the world’s largest gate, standing at 630 feet high and 630 feet wide.  It is called “The Gateway To The West.”  This modern “gate” draws approximately 4 million tourists each year.

The oldest gate in the world takes us back to Bible lands, specifically Ashkelon in Canaanite territory.  The Canaanite 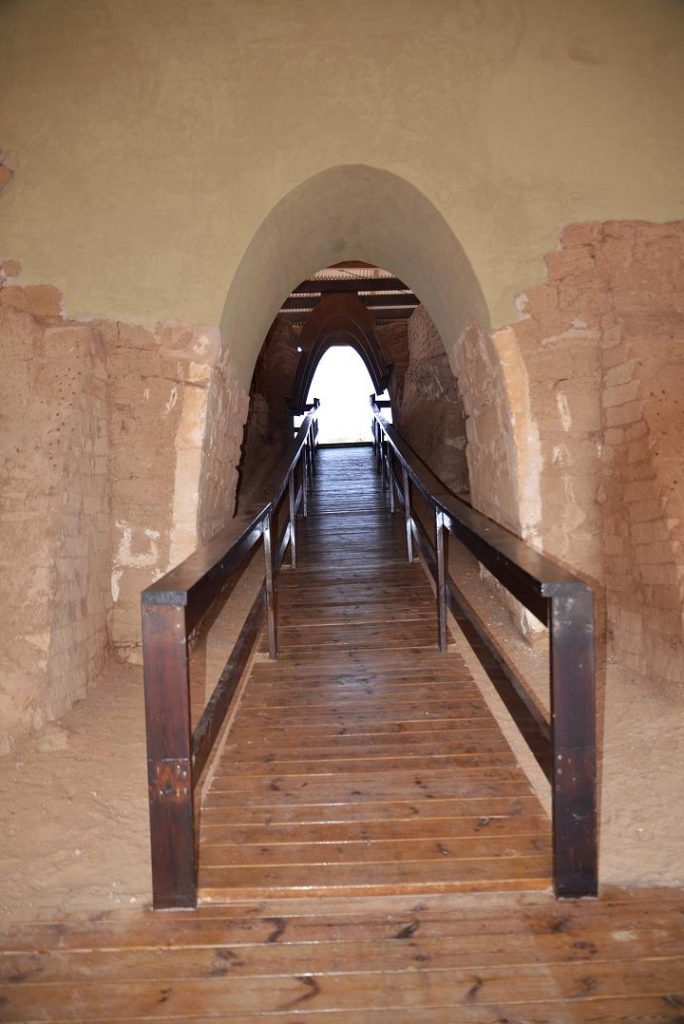 gate was constructed around 1850 B.C. and has since been restored after its discovery in 1992.  This gate measures in at 49.2 feet long, over 6 ½ feet wide, and about 13 feet high.  The relatively narrow passageway would allow the Canaanites control over those who entered or exited the city.

Years ago, entry to the city was possible only at the gates.  The gates were the only breach in the walls of a fortified city.  All travelers coming or going had to pass through these gates and were subject to inspection, similar to border crossings or airport screenings today.  This entrance to the city also served as a collection opportunity for taxes and fees similar to travelers on our Toll Roads where a fee is assessed whether you’re eastbound or westbound.

City officials often met at the gates to conduct business.  Benevolent leaders could keep their discussions and judgments transparent while the wicked leaders could use their decisions to warn or intimidate the citizens should they get out of line.

Since the city gate was such an important place in the city, public notices would be placed here where they were sure to be seen.  People would venture to the gates just to read the notices or to watch as other events transpired.

A careful study of Scripture shows that the Holy City of Jerusalem was encompassed by a wall.  Through the years, the size of the wall changed, as did the number of gates.  Before the Babylonian exile, there were 5 gates.  When Nehemiah rebuilt the walls, the number of gates increased to 10.  Ezekiel tells us that there will be 12 gates around the new city, each named according to the 12 Tribes of Israel.  If you want to enter the gates of that New City, there is another gate through which you must go through first. 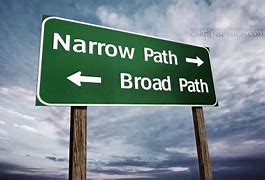 The “Strait Gate” is the Jesus Gate.  It is the “Gate of the Gospel.”  This is an extremely narrow passage and it allows no wiggle room.  The width of the gate is whole-hearted belief and acceptance that Jesus is the way, the truth, and the life.

On the other side of that gate is heaven.  If you try to squeeze through the gate carrying anything else – baptism, good works, church membership – you will never fit.  The only way through is Jesus.  That’s very narrow but the Bible says this is a narrow way.  It is exclusive.

The “Broad Gate” is the Anything Goes Gate, the gate through which you can carry anything you want.  You can carry an orthodox faith along with anything else religious or spiritual.  Buddha, Muhammed, Confucius,  Joe Smith, Charles Taze Russel, and the Dahlia Lama will all fit.  You can carry good works, baptism, communion, giving, and philanthropy through this gate. 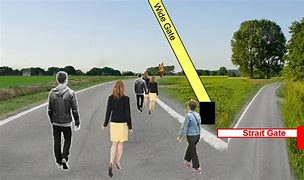 You can even fit through this gate carrying nothing if you choose – no beliefs whatsoever.  All are welcome and enticed to take this gate because it’s easy and it must be fun.  Look at the “many” who are on this road! It has to be fun! However, this is the road that leads to eternal hell.

Which road – which gate – are you taking?  Once you’re in, there’s no getting out.  You had better be sure today that the road and gate you’ve chosen is really the one you want for all eternity.