You are here: Home / Uncategorized / Get A Grip!

While his name probably doesn’t ring familiar, all of us who were around in the early 70s remember this man for a repeated phrase that takes about 4 seconds to say.  Let me recreate the scene for you.

We assume it’s in the late evening hours.  Sitting on the edge of the bed in light blue pajamas is a miserable Moss.  His “wife” is on her side of the bed, under the covers, trying to sleep.  Something he ate is not agreeing with him and he moans that familiar phrase, “I can’t believe I ate the whooooole thing.”  He says this three times in the first 15 seconds.  His wife tells him to go drink some Alka-Seltzer and the commercial finishes with her asking if he drank his Alka-Seltzer and with a goofy grin on his face, he says, “The whoooole thing.” 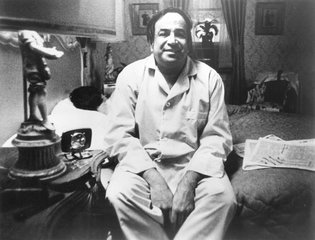 This commercial helped generate sales for the company and Moss’s phrase became iconic, being repeated in many shows through the decades.  “That commercial changed my whole life,” Mr. Moss told the television historian Kliph Nesteroff in an interview in 2011.  http://www.grognards2011.it/2017/11/milt-moss-actor-in-classic-alka-seltzer-ad-is-dead-at-93/  Makes you wonder what his life was like before the commercial! 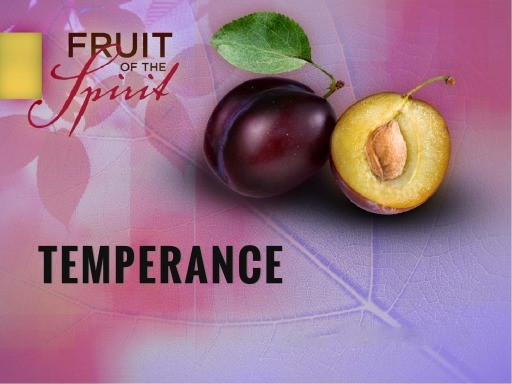 Part of our growth as a Christian needs to be in this area of discipline and self-control.  2 Peter 1:5-6 says, “And beside this, giving all diligence, add to your faith virtue; and to virtue knowledge;  (6)  And to knowledge temperance …”

The root word for temperance is kratos.  The word deals with force, might, strength, power, and dominion.  Fleshly, undisciplined desires cannot have dominion over our lives.  When they do, they possess a force or power over us, muscling us to do things we ought not to do.

Fighting these desires in the flesh is going to result in failure.  Yes, there might be temporary ways to alleviate the effects.  However, nothing has been solved.  It takes the indwelling power, strength, and dominion of the Spirit of God to defeat the strongholds of desire.

There are all sorts of undisciplined behaviors in our lives.  Lust, gluttony, materialism, jealousy, fleshly pleasure, the tongue – these are just a few of the things we wrestle with.  Perhaps you say, “Oh, I can’t believe a Christian would ever deal with these.  I would never wrestle with such things!”  Then, you can add pride and lying to your list.  So long as we are in these earthly tabernacles, we ARE going to wrestle with undisciplined behavior.

We are told in Ephesians 5:18, “And be not drunk with wine, wherein is excess; but be filled with the Spirit.”  Literally, we are to “be being filled.”  This has to do with control.  As the drinker comes under the influence of alcohol as each drop is introduced into his system, the Christian must be brought under the Spirit’s control, being dominated by the holiness and righteous behavior that can only be Divinely produced within us.

Be disciplined – temperate in all things!