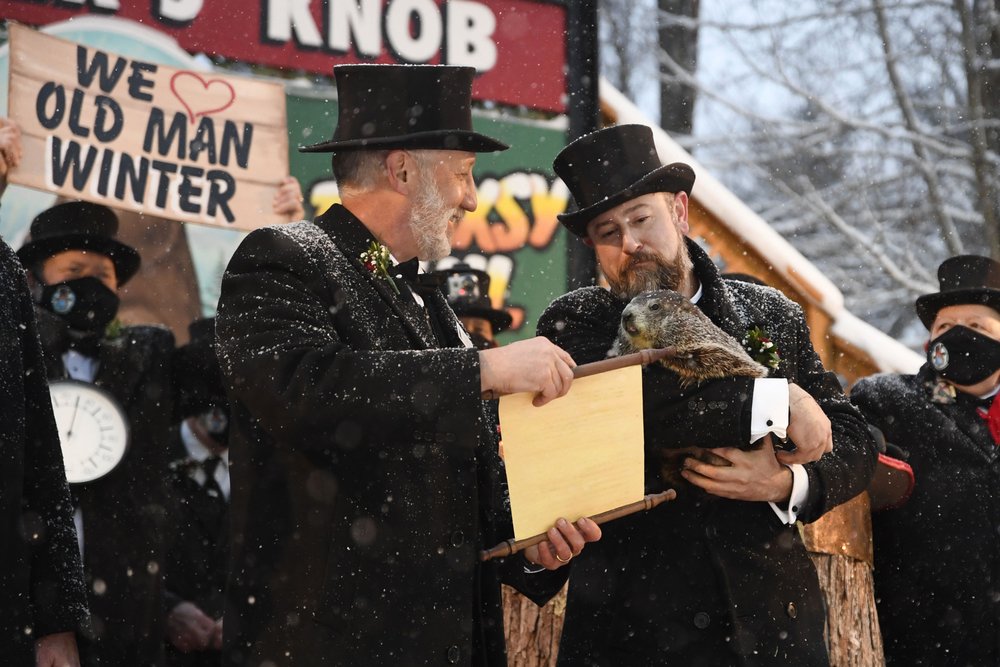 I am writing today’s devotional on Grund’sau dåk, a celebration which immigrated to the United States from the southern-most parts of Germany and other German speaking European regions.  As the Germans headed to America, many settled in southeastern and south-central Pennsylvania.  They became known as the Pennsylvania Dutch, a misspelling of Deitsch which meant “German.”

If you are unfamiliar with Grund’sau dåk, let me translate that for you.  I am writing this devotional on Groundhog Day, February 2nd, 2021.

The Germans had many superstitions.  One of those superstitions was predicting the weather based on the shadow cast by the groundhog.  In Germany, other critters were used, the badger being the primary weather prognosticator.  Evidently, 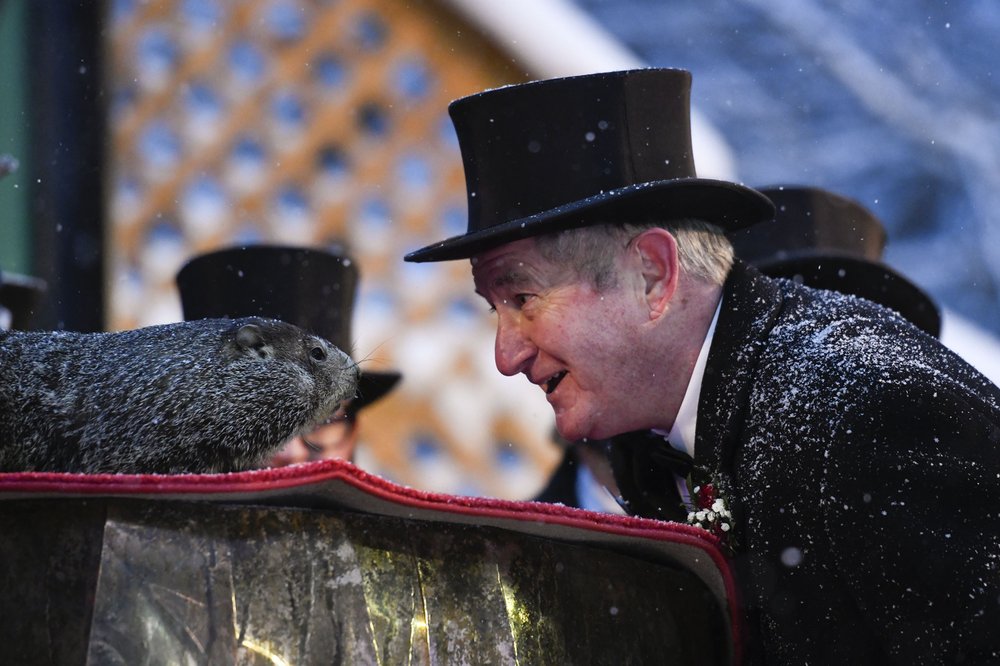 badgers were in short supply when the Germans came to Pennsylvania so they utilized a close cousin, the groundhog, to become the weather forecaster.

According to folklore, if the groundhog comes out of its burrow and sees its shadow because it is a sunny and clear morning, he will turn around and go back into his den, predicting another six weeks of winter.  If the day is overcast and the groundhog doesn’t see its shadow, Spring will supposedly arrive early.

The first American celebration of this day was in Punxsutawney, PA in 1886.  However, the day did not become “official” until a year later when a group went up to Gobbler’s Knob to get the groundhog’s forecast before the newspaper was printed for the day.

Legend states that the groundhog used today is the same one that’s been around since that day in 1887 and officials still pretend that this is true.  The groundhog, though, didn’t receive his name until 1961.   He was allegedly named Phil after Prince Phillip, Duke of Edinburgh. 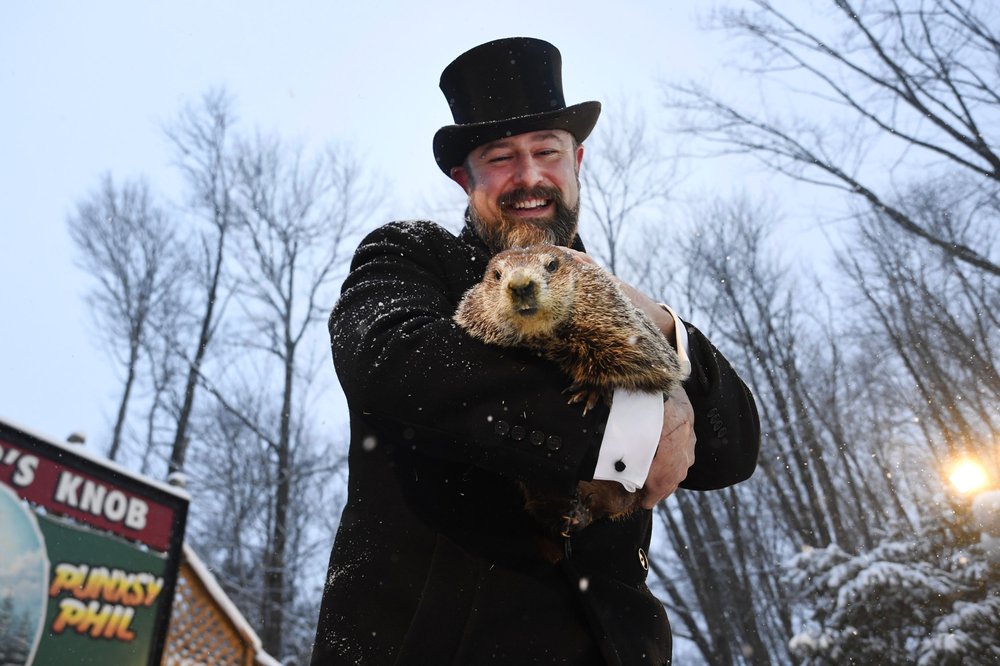 When Groundhog Day was originally instituted in the USA, it was a huge day of celebration.  The Punxsutawney Elks Lodge headed up the celebratory activities for the community.  Later in the year, they even had a groundhog hunt.  The purpose was not to exterminate the destructive rodent.  It was to have plenty of meat for the “Groundhog Feast” held at the annual “Groundhog Picnic.”  The meat is said to have a taste crossing between chicken and pork .”

I have a great idea for our next church picnic!!!!  If interested, let me know.

I do not believe that anyone genuinely believes Punxsutawney Phil is really making a prediction.  However, there are plenty of other superstitious beliefs held by many in our nation.  The “lucky” rabbit’s foot, a “lucky” penny in the pocket, or the superstitions about walking under a ladder, avoiding the black cat crossing your path, stepping on the crack that breaks your mother’s back, or ANYTHING to do with the number 13 – all are superstitious beliefs held my many Americans.

Superstitions need to be avoided.  Some – not all – can cross over into occultic origins.  Others are just ridiculous 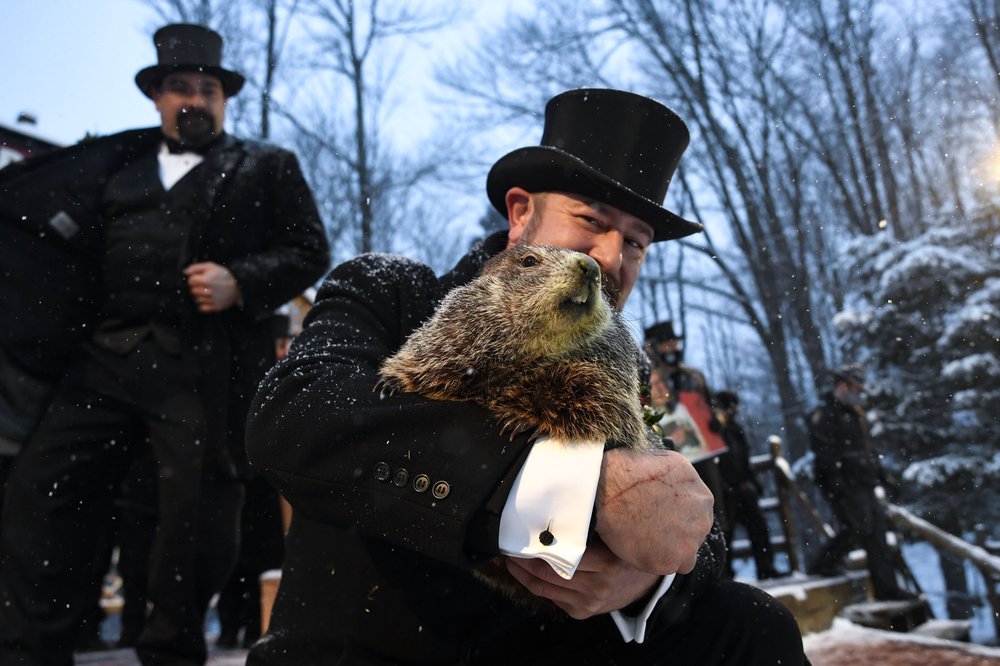 because they’ve created a framework of belief that is shakier than a straw house in a hurricane!

As Christians, the framework for all of our beliefs must be the Bible.  2 Peter 1:16-21 says, “For we have not followed cunningly devised fables, when we made known unto you the power and coming of our Lord Jesus Christ, but were eyewitnesses of his majesty.  (17)  For he received from God the Father honour and glory, when there came such a voice to him from the excellent glory, This is my beloved Son, in whom I am well pleased.  (18)  And this voice which came from heaven we heard, when we were with him in the holy mount.  (19)  We have also a more sure word of prophecy; whereunto ye do well that ye take heed, as unto a light that shineth in a dark place, until the day dawn, and the day star arise in your hearts:  (20)  Knowing this first, that no prophecy of the scripture is of any private interpretation.  (21)  For the prophecy came not in old time by the will of man: but holy men of God spake as they were moved by the Holy Ghost.”

Aren’t you glad to know that our beliefs are built upon the sure Word of God instead of a chubby little rodent?