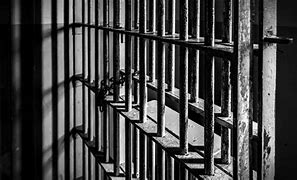 Twenty-nine-year-old Gonzalo Montoya Jiménez was a special guest of the Penitentiary Center of Villabona in Asturias, Spain on January 7, 2018.  He was incarcerated in the maximum-security portion of the prison, serving time for robbery.

Two prison doctors came to examine the body and Jiménez was declared dead.  Jiménez was “bagged and tagged” and taken to a morgue where a forensic pathologist also declared him dead.  He spent four hours in a cooler before the mandatory autopsy was to be performed.  Having been removed from the cooler, the autopsy scalpel guidelines had been drawn on his body and then he was zipped back up in his bag.

Just before the autopsy was to begin, the doctor was doing some paperwork in the lab when he heard a strange sound and it was coming from Jiménez’s bag.  He was…

Evidently, Mr. Jiménez was not dead after all and it’s a good thing.  He was minutes away from being fileted on the autopsy table.  How could three doctors have declared a living person dead?

Jiménez was already dealing with epilepsy.  Now, it was discovered that he has a rare

condition known as catalepsy, a symptom of epilepsy “in which the body enters a trance or seizure-like state, exhibiting a loss of consciousness and sensation, together with physical rigidity.”   He was also “showing signs of cyanosis – a purplish discoloration of the skin caused by poor circulation or lack of oxygen – in addition to rigor mortis.”1  The obvious conclusion was that Jiménez was dead!

Jiménez was taken to a local hospital and placed in ICU.  However, it took another 24-hours before he awoke.  When he did, though, he was talking and asking to see his wife.  Imagine her surprise!  She had already been notified that he had died in prison.  Now, he is alive.

Imagine how much more dramatic this would have been had he actually been dead!

Throughout the Scriptures, there are many who were surprised when their dead loved one was brought back to life.  The widow of Zarephath had the joy of getting her boy back from the dead.  1 Kings 17:21-22 says, “And he [Elijah] stretched himself upon the child three times, and cried unto the LORD, and said, O LORD my God, I pray thee, let this child’s soul come into him again.  (22)  And the LORD heard the voice of Elijah; and the soul of the child came into him again, and he revived.”

One of the more bizarre resurrection stories occurs in 2 Kings 13:20-21.  “And Elisha died, and they buried him. And the bands of the Moabites invaded the land at the coming in of the year.  (21)  And it came to pass, as they were burying a man, that, behold, they spied a band of men; and they cast the man into the sepulchre of Elisha: and when the man was let down, and touched the bones of Elisha, he revived, and stood up on his feet.”  I would think everyone was a bit surprised when this happened – including the man who came back to life!

The New Testament records the stories of the reviving to life of Jairus’ daughter, the widow of Nain’s son, Lazarus, Tabitha, and Eutychus, the guy who fell asleep in church and plunged out the third floor window!  There are more recorded in the Scriptures but there is none like the resurrection that took place early that one Sunday morning.

“In the end of the sabbath, as it began to dawn toward the first day of the week, came Mary Magdalene and the other Mary to see the sepulchre.  (2)  And, behold, there was a great earthquake: for the angel of the Lord descended from heaven, and came and rolled back the stone from the door, and sat upon it.  (3)  His countenance was l 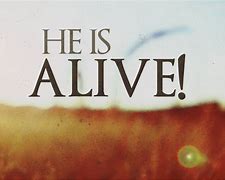 We come to church today and enter into worship for one simple reason:  He’s Alive!