You are here: Home / Uncategorized / Operation 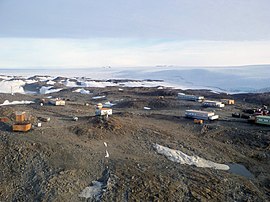 Novolazarevskaya Station is a Russian research facility located in Antarctica.  Established on January 18, 1961, it houses research teams from the Arctic and Antarctic Research Institute.  Why would they have established this in January?  Believer it or not, January tends to be the warmest month of the year with temperatures topping out in the mid to upper 30s.

Leonid Rogozov was a general practitioner medical doctor who had recently graduated and was training in surgery.  The assignment opportunity to serve at this station came up and Dr. Rogozov stopped his surgical training to join the team and provide medical care for the other 13 members.  Little did Dr. Rogozov know that he would need his own services.

Rogozov was awakened the morning of April 29, 1961 with nausea, fever, weakness, and pain in the lower right abdominal area.  The cause was apparent.  He had appendicitis.

The nearest surgeon was over 1,000 miles away.  Don’t forget that Dr. Rogozov had dropped out of surgical training to come to this frozen science laboratory.  Given the situation, Rogozov decides that the only logical conclusion is to perform an appendectomy on himself!   The drop out dropped back in!

Describing his situation, Rogozov wrote in his diary, “”I did not sleep at all last night. It hurts like the devil! A snowstorm whipping through my soul, wailing like 100 jackals.  Still no obvious symptoms that perforation is imminent, but an oppressive feeling of foreboding hangs over me… This is it… I have to think through the only 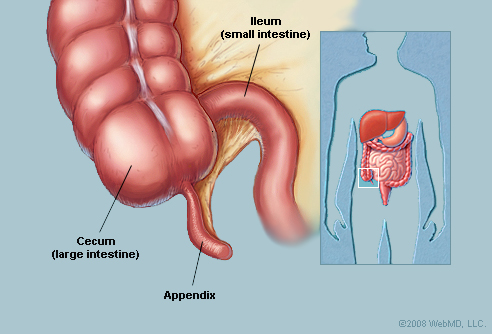 possible way out – to operate on myself… It’s almost impossible… but I can’t just fold my arms and give up.” *

On May 1, 1961, a driver and meteorologist from the science station served as Rogozov’s surgical assistant, handing him instruments, holding a mirror so Rogozov could see sections of his abdomen, and wiping the brow of the patient/surgeon.  Using a local anesthesia to numb the abdomen, the surgery began.  After about 30 minutes, nausea and weakness set in, causing Rogozov to need a break.  Throughout the rest of the surgery, these breaks were repeated. **

Two hours later, the surgery was completed successfully and the diseased appendix excised.  Dr. Rogozov had done what no other doctor had accomplished.  He took some antibiotics and sleeping pills and rested for the next several days.  His temperature returned to normal, the stiches were removed seven days after the operation, and in two weeks, he returned to regular duty. 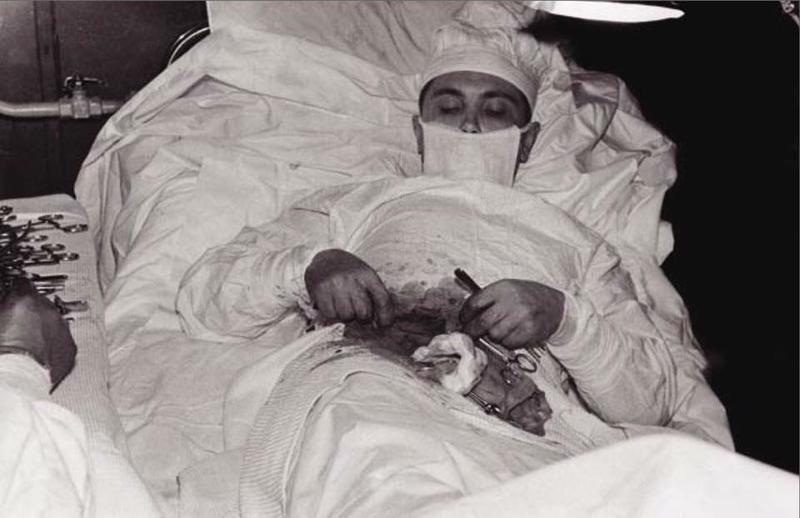 For his bravery and dedication, Dr. Leonid Rogozov received the highest Russian civilian honor, The Order of the Red Banner of Labour.  In fact, this is an award he received five times in his service to his country.

Scriptures are not teaching self-mutilation.  This would violate other passages of Scripture.  Rather, the point is that we must be willing to take drastic measures to remove the sin from our lives.

Dr. Rogozov knew that a ruptured appendix would be deadly.  He could either let the situation kill him or he could do something about it.

Do we not see the destructive nature of sin?  Do we not see how our lives and testimonies are “dying” the longer we entertain sin?  It’s high time we operated!  And the scalpel will be the Word of God.  “For the word of God is quick, and powerful, and sharper than any twoedged sword, piercing even to the dividing asunder of soul and spirit, and of the joints and marrow, and is a discerner of the thoughts and intents of the heart.” (Hebrews 4:12)

Let’s get the patient to OR stat!