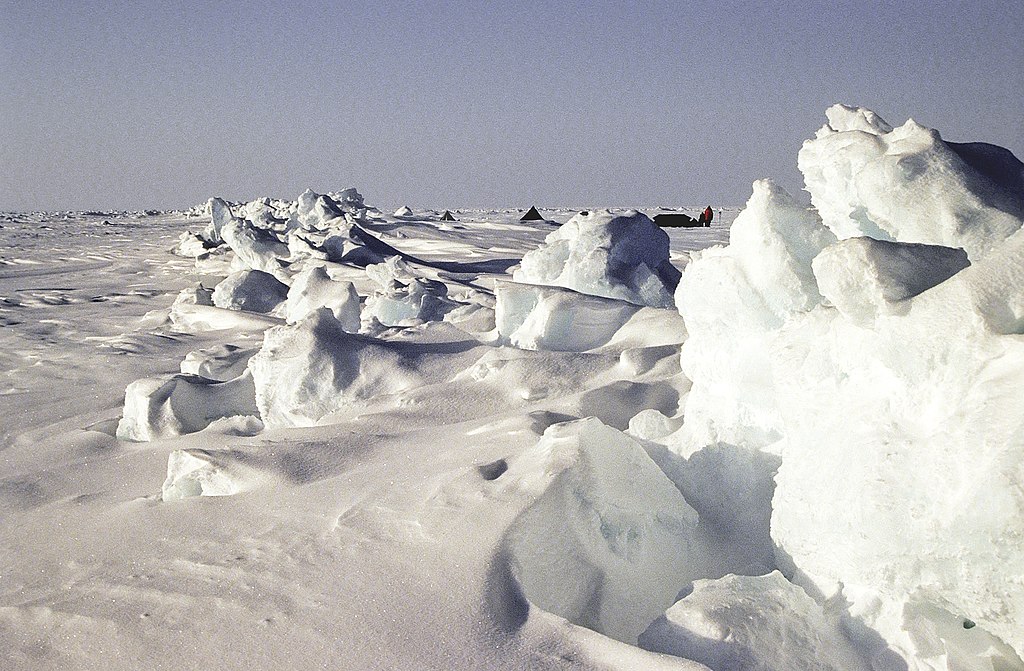 The North Pole has no land mass.  It’s just a floating pile of ice floes on the Arctic Ocean.  The average highest temperature of 36 degrees is in July while the average low of -31 is in February.  There’s no time zone and only one sunrise and sunset per year.  Again, I ask, “Who would want to go to the North Pole?!?”

The United States Navy would, that’s who!

August 3, 1958, Operation Sunrise commenced.  The U.S. had built the first nuclear submarine, the USS Nautilus.  This ship was intended to display “peaceful nuclear energy”1 rather than to be a war ship.  To show the capabilities of the submarine, it was suggested that a great test would be to pilot the sub under the North Pole.

The North Pole has been an obstacle ever since its discovery.  Even its discovery is debated.  Credit has been typically given to Robert Peary.  “On September 7, 1909, readers of the New York Times awakened to a stunning front-page headline: “Peary Discovers the North Pole After Eight Trials in 23 Years.”2  Since then, a contentious historical debate has revolved around the possible first discovery of the North Pole by Dr. Frederick Cook a year earlier. 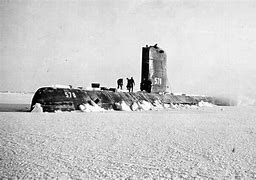 could that even be accomplished?

The USS Nautilus was capable of being under water for longer periods of time than the typical diesel-powered subs.  Special navigation equipment was built to offset the instrumentation fluctuations caused by the polar ice cap.   “The submarine and crew crossed under the pole at 2315 on August 3 and continued for four more days until exiting from under the polar ice northeast of Greenland where Commander William R. Anderson radioed to the President the message, “Nautilus 90 North”.3   “Commander Anderson announced to his crew: “For the world, our country, and the Navy—the North Pole.”4

President Eisenhower was waiting for the Nautilus to return to American waters.  Once it had docked, Commander Anderson was awarded the Legion of Merit for his accomplishments.

For all who may be claustrophobic, you would never even board a submarine.  But, just imagine being 500 feet below the polar ice cap with underwater icebergs nearly 50 feet below the water’s surface.  Eight days were spent submerged with the ice looming high above.

This polar journey demonstrated to the world that regardless of the obstacle, the USA was going to find a way through it, even if it meant going under it.  This provides a powerful visual aide for the Christian. 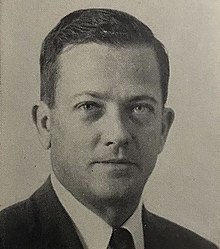 In 1 Corinthians 10:13, we are told, “There hath no temptation taken you but such as is common to man: but God is faithful, who will not suffer you to be tempted above that ye are able; but will with the temptation also make a way to escape, that ye may be able to bear it.”

The journey wasn’t meant to crush us.  Instead, it was a time for our trust to grow in the Lord, our Commander who is giving the orders and piloting us through the obstacle.  It’s a time for our courage to flourish in the midst of the trial, gaining strength from a confident Commander who already knows the way through and has established the route.  And, once we are through and have “surfaced,” we look back at what was accomplished and celebrate!

“Dive!  Dive!  Dive!”  When the order is given, rest assured that everything is going to be okay.  Yes, you are diving into some dark waters but the Commander of the mission has everything under control.