You are here: Home / Uncategorized / Saints Preserve Us! 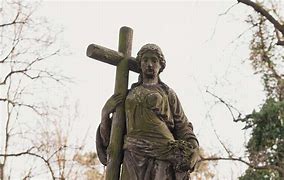 Saints preserve us!  A good Irishman might exclaim this statement in the midst of trouble.  Can’t you hear the Irish brogue roll off his tongue as he says it?  But, what exactly does it mean?

Nearly 80% of Ireland’s population is Roman Catholic.  Roman Catholicism teaches that prayers to the saints in Heaven is something that should be practiced, therefore, “saints preserve us” is a prayer for those dearly departed saints to start petitioning God on behalf of the need of the person here on earth.

Certain saints are considered patron saints, meaning they advocate for specific things.  For instance, St. Patrick is the patron saint of Ireland.  Represented by the shamrock, he allegedly helps with the understanding of dreams and gives divine guidance.

St. Francis of Assisi is the patron saint of animals and the environment.  I’m sure we know what St. Valentine advocates.  St. Michael intercedes for the police and St. Florian intercedes for firefighters.  The list goes on for the over 10,000 people canonized by the Catholic Church as saints.

So, how does one become a saint?  There are five steps in the process.

This stands in stark contrast to the words of the Apostle Paul in 1 Corinthians 1:1-2, “Paul, called to be an apostle of Jesus Christ through the will of God, and Sosthenes our brother,  (2)  Unto the church of God which is at Corinth, to them that are sanctified in Christ Jesus, called to be saints, with all that in every place call upon the name of Jesus Christ our Lord, both theirs and ours.”  Of the 62 times the word saint appears in the New Testament, the Bible makes it very clear that:

It is not pride or arrogance to declare that we are saints.  It’s a matter of stating Biblical FACT.  I thank God that nobody had to vote for me to be a saint.  I wouldn’t have voted for myself!  Instead, Jesus took me, a sinner, and made me a saint.

Saints preserve us?  No thanks.  The Savior preserves me.