You are here: Home / Uncategorized / Scarecrows 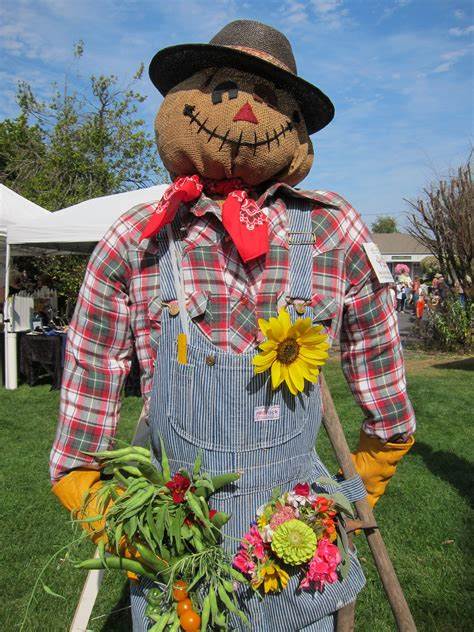 For over 3000 years, scarecrows have been created for a singular purpose – to keep the birds from stealing the farmers seed and feeding on his crop.  However, the early form was far different than today’s version.

The ancient Egyptians were the first to utilize a scarecrow according to historical and archaeological evidence.  Their version of the scarecrow was a wooden frame with a net attached and held by farmers hiding in their fields.  When the birds arrived for a feast, they found the tables turned.  The farmers jumped out of the fields with the nets and captured the birds, taking them home, and making them the guest of honor at the farmer’s supper table.

By 2500 B.C., the Greeks carved wooden scarecrows in the likeness of their agricultural god of fertility.  They hoped the ugliness of the carving would be sufficient to frighten the birds.  I find it rather bizarre that nobody thought it blasphemous to say their god was that hideous!

We have the German immigrants of the 1800s to thank for our version of the scarecrow.  They were the ones who introduced us to the hay-man, a human shaped decoy whose pants and shirt are stuffed with straw with a makeshift head.  They were called a bootzaman and were usually accompanied by another scarecrow called a bootzafrau.  To put this in English, a bogeyman and a bogeywife.

Following WWII, farming became a big industry.  Prior to this, farmers believed the scarecrow worked.  But as their acreage grew, they became convinced that the scarecrow was no longer an effective deterrent.  Instead, chemicals like DDT were used until the 1960s when scientists decided that DDT might not be good for human consumption. 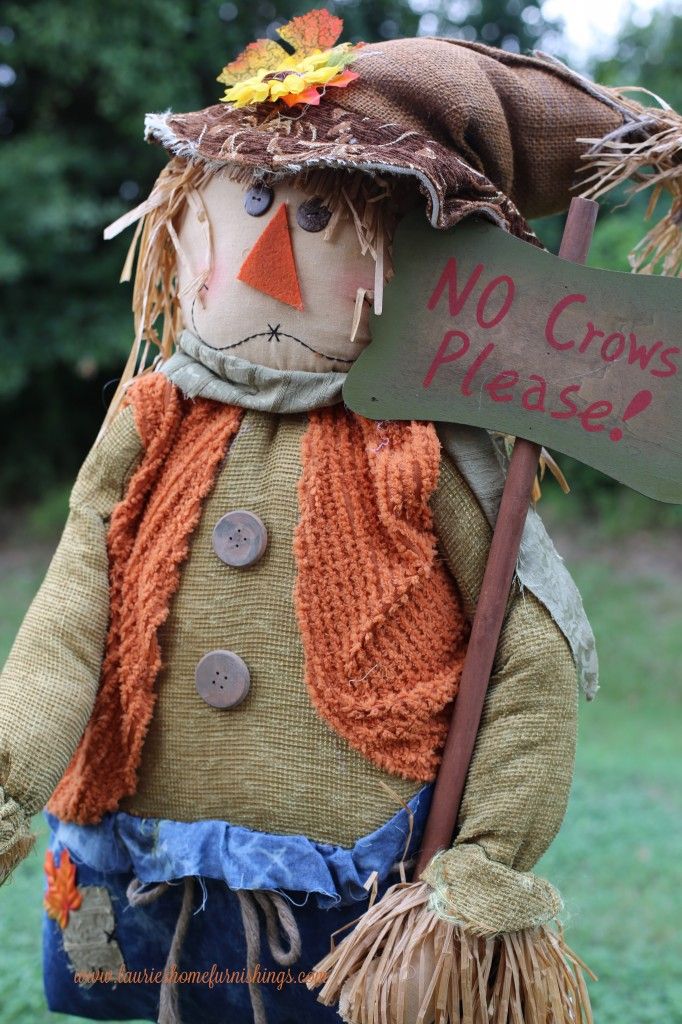 really should be a part of decorations from spring time through the fall.  If they were used to protect the crop, the crop needs protected from the time it is planted through its growth season and well into the harvest.  The birds aren’t fussy – nor are the other critters that like to feed on the crops.  They will eat them in all forms of the crop’s maturation.

I wonder if it wouldn’t be a good idea to put scarecrows throughout the church?  I know…right now you are wondering if I have something wrong with me.  But hear me out on this.  I’m not suggesting literal scarecrows.  That would be weird.  But we do have a serious infestation problem of foul birds every time God’s Word is preached.

In the parable of the sower and the seed, one particular situation stands out.  Luke 8:4-5, 11-12 says, “And when much people were gathered together, and were come to him out of every city, he spake by a parable:  (5)  A sower went out to sow his seed: and as he sowed, some fell by the way side; and it was trodden down, and the fowls of the air devoured it… Now the parable is this: The seed is the word of God.  (12)  Those by the way side are they that hear; then cometh the devil, and taketh away the word out of their hearts, lest they should believe and be saved.” 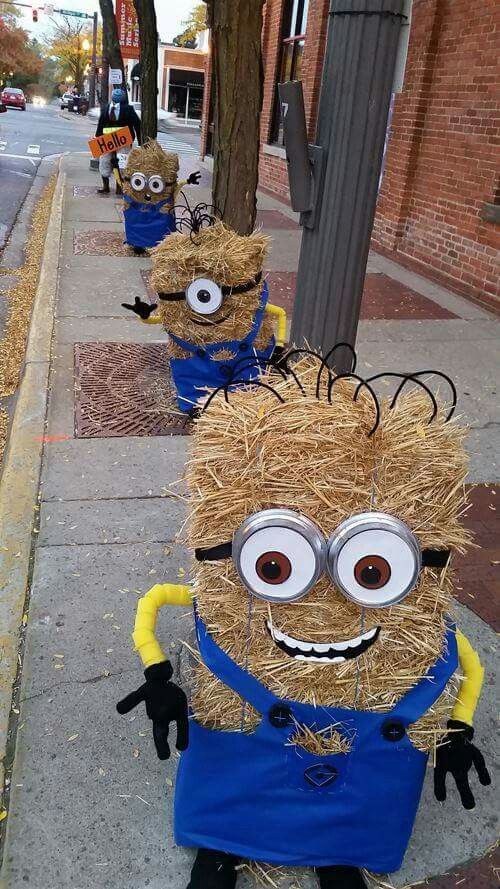 As the Pastor or Sunday School teacher stands to sow the Word of God, Satan sends in the foulest of the fowl to steal the seed.  The demonic host will do everything possible to keep someone from hearing the truth.  And isn’t it amazing?  The time for preaching comes, the message is hitting one of those serious points, and someone’s phone rings; their electronic Bible chirps; those who can’t whisper quietly start conversing; someone decides this is a good time to snuggle with their spouse; somebody can’t sit any longer and has to go potty or take a stroll.

Distraction comes and the seed is stolen.  The mind wanders and the heart isn’t far behind.  Satan gleefully rejoices that the seed of God’s Word didn’t find fertile soil.

What are the “scarecrows” we need to build to keep this from happening?  First of all, prayer.  We must be so prayerfully prepared BEFORE we enter the house of the Lord, asking the Lord to defeat Satan’s attacks and to provide a clear, undistracted path for the Holy Spirit to work.  Secondly, we have to be conscious of our movements as well as those around us so that we might not be a distraction.  Church isn’t the time nor the place to fix our hair, makeup, or to get frisky with our spouse.  Third, if at all possible, don’t get up and leave.  If you absolutely have to, be as discrete as possible.  Nodding and greeting everyone as you leave is a distraction and causes concentration to fly right out the window.

Anything we can do to scare away Satan’s seed stealing vultures has to be a priority.  Time to go build a scarecrow!