You are here: Home / Uncategorized / Skateboards 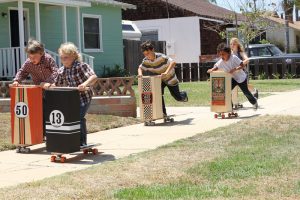 Skateboarding has been around for longer than I imagined.  It all began in the 1940s when some kids (had to have been, right?) had the innovative idea to take the wheels off of a pair of roller skates and attach them to a short plank.  Add a crate to the nose of the board and a sawed-off broom handle to the top for handle bars and you have a crate scooter.

Heading in to the 1950s, the surfers on the west coast must have been getting bored with the beauty and powerful swells of the Pacific and started looking for something to do on land.  They combined the concept of surfing and crate scooters and came up with the modern-day skateboard.  The first manufactured skateboard came out of a surf shop in Los Angeles.

“The first skateboarding magazine, The Quarterly Skateboarder was published in 1964.  John Severson, who published the magazine, wrote in his first editorial:

“Today’s skateboarders are founders in this sport—they’re pioneers—they are the first. There is no history in Skateboarding—it’s being made now—by you. The sport is being molded and we believe that doing the right thing now will lead to a bright future for the sport. Already, there are storm clouds on the horizon with opponents of the sport talking about ban and restriction.”1

Skateboarding in our area seemed to be a subculture when I was growing up, pursued only by those who were the loners, stoners, and misfits.  It was an angry, long-haired bunch that skateboarded.  Today, skateboarding has taken on a respectability and people of all cliques and categories skateboard.

Watching a skateboarder, you have to be impressed at the athleticism required to do various stunts and tricks.  Their balance on a rolling board is remarkable.  At the school, I see kids texting while boarding, complete with earbuds in place.  I have problems sitting and texting.

And, we’ve watched enough of America’s Funniest Home Videos to see what happens when the trick doesn’t work. 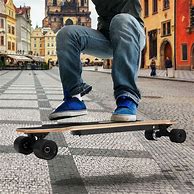 The tenacity of the skateboarder is something to be admired.  Regardless of how badly it went the last time or how many broken bones and stitches they’ve received, they still get back on the board and attempt to master the trick.

Balance is something we need in our walk with the Lord.  Consider this “balanced” passage.  Proverbs 30:8-9, “Remove far from me vanity and lies: give me neither poverty nor riches; feed me with food convenient for me:  (9)  Lest I be full, and deny thee, and say, Who is the LORD? or lest I be poor, and steal, and take the name of my God in vain.”

Have we ever prayed something like that?  Maybe half of the prayer, the half about not being poor.  Seldom, though, does anyone pray against wealth.  However, Proverbs teaches that the balance between wealth and poverty is a great place to be.

Here’s another balanced verse:  “But be ye doers of the word, and not hearers only, deceiving your own selves.” (James 1:22)  There has to be a time for sitting and soaking in the Word of God.  But that time has to translate into service.  We have to do something with what we’ve read.  That’s balance.

Ecclesiastes 3 reminds us that there is a time and a season to every purpose under heaven.   Each couplet offers an opposite:  day of birth vs. day of death; planting vs. harvesting; weeping vs. laughing.  Balance is needed and knowing the appropriate time for all things. 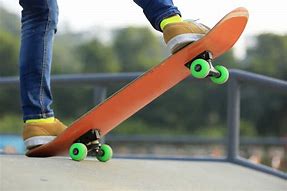 Do you have a Christian life that is full of Godly balance?  Even too much of a good thing can become a hazard if it’s not in balance.  For instance, what good is the person who reads their Bible all day, studies all the verses on evangelism, reads books about evangelism, and learns different ways to refute a variety of arguments if they never DO it?  Everything they did was good.  But they never get around to telling anyone about Jesus or put all that learning into action.  That’s not good.

If the skateboarder can do it, so can we.  Let’s get balanced.