You are here: Home / Uncategorized / Small Steps And Giant Leaps 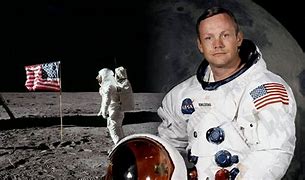 “That’s one small step for [a] man, one giant leap for mankind.”  With those words, Neil Armstrong became the first to step foot on the surface of the moon on this date in 1969.  I was just over two years old but I have a fuzzy memory of watching the launch of Apollo 11, the craft that carried Armstrong, Buzz Aldrin, and Michael Collins.  I was in grandma and grandpa’s living room, watching this with my parents.

Lunar module Eagle separated from the command module the next day at 1:46 p.m.  At 240,000 miles above the earth’s surface, it began its descent to the moon.  At 4:18 p.m., the first famous statement was uttered:  “The Eagle has landed.”  Then, at 10:56 p.m., Armstrong spoke that simple sentence as he cautiously stepped on the moon.

When taking a long trip, most people bring back souvenirs.  The astronauts brought back rocks and dust.  On the surface of the moon, they left the American flag and a plaque that reads, “Here men from the planet Earth first set foot on the moon–July 1969 A.D–We came in peace for all mankind.”1

“The Apollo program which ran from 1960 to 1973 was a costly and labor intensive endeavor, involving an estimated 400,000 engineers, technicians, and scientists, and costing $24 billion (close to $100 billion in today’s dollars).”2    Another “$28 billion [was spent just in] developing the rockets, spacecraft and ground systems needed for what became the Apollo program.”3 Apollo 11 cost $355 million (close to $2.5 billion today).4, 5

Why were we in such a hurry to get to the moon?  What caused the urgency?  In a special joint session of Congress on 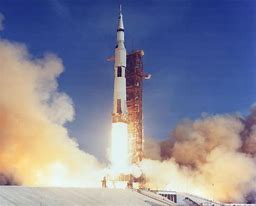 May 25, 1961, President John F. Kennedy said, “I believe this nation should commit itself to achieving the goal, before this decade is out, of landing a man on the moon and returning him safely to Earth.”6 We had to beat the Russians to the moon!

I will admit that I’m incredibly nearsighted about some things and this is one of them.  What earthly good did it do us to spend all that money to go to the moon?  So, we beat the Russians.  Big deal!  Now, we are bragging about our trip to Mars.  What are we gaining by going to Mars except some really neat pictures?  That’s a ton of money to spend on a photo op!

Seems to me that this is all a repeat of Genesis 11:3-4, “And they said one to another, Go to, let us make brick, and burn them throughly. And they had brick for stone, and slime had they for morter.  (4)  And they said, Go to, let us build us a city and a tower, whose top may reach unto heaven; and let us make us a name, lest we be scattered abroad upon the face of the whole earth.”  Pride and a desire to make a name for themselves drove them to reach deep into the heavens by building their tower.

What was the Lord’s response?  “And the LORD came down to see the city and the tower, which the children of men builded.  (6)  And the LORD said, Behold, the people is one, and they have all one language; and this they begin to do: and now nothing will be restrained from them, which they have imagined to do.  (7)  Go to, let us go down, and there confound their language, that they may not understand one another’s speech.  (8)  So the LORD scattered them abroad from thence upon the face of all the earth: and they left off to build the city.  (9)  Therefore is the name of it called Babel; because the LORD did there confound the language of all the earth: and from thence did the LORD scatter them abroad upon the face of all the earth.” (Genesis 11:5-9)

The smarter humanity becomes, the more they feel that they are becoming God – or God-like.  They can reach into the heavens and touch deeper into God’s creative power.  Then, they can ignore that Creator and give credit to evolution and the Big Bang.  They can pat themselves on the back for their great abilities, expertise, and intelligence that has figured it all out

A warning was given in Deuteronomy 4:15-16, 19, “Take ye therefore good heed unto yourselves; for ye saw no manner of similitude on the day that the LORD spake unto you in Horeb out of the midst of the fire:  (16)  Lest ye 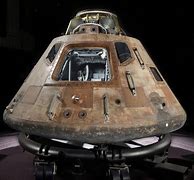 corrupt yourselves, and make you a graven image, the similitude of any figure…  (19)  And lest thou lift up thine eyes unto heaven, and when thou seest the sun, and the moon, and the stars, even all the host of heaven, shouldest be driven to worship them, and serve them, which the LORD thy God hath divided unto all nations under the whole heaven.”

If the exploration of the unknown depths of the universe led people to a greater worship and acknowledgement of God, I would say that the expenditure of billions of dollars was worth it.  But if it only serves to put a feather in the cap of a nation, bringing that nation honor and glory, it wasn’t worth it!