You are here: Home / Uncategorized / Two Birthdays For The Queen 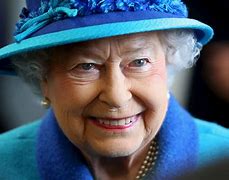 How many birthdays can one person possibly celebrate?  If you are the Queen of England, you will celebrate at least two and it will be quite a bang!

Elizabeth Alexandra Mary Windsor was born on April 21, 1926.  On June 2, 1953, she became known as Queen Elizabeth II, Queen of the United Kingdom and other Commonwealth Realms.  This April 21st, the Queen turned 95 years old.

Typically, she celebrates this day very privately.  However, she doesn’t get to enjoy the privacy until the noise settles down.  A 41-gun salute in Hyde Park is followed by a 21-gun salute in Windsor Great Park and a 62-gun salute at the Tower of London.  After that, all is quiet and the day goes on as normal.

In June, the Brits have a celebration called The Trooping of the Colours.  This is the official celebration of the Queen’s birthday.  “Over 1400 parading soldiers, 200 horses and 400 musicians come together each June in a great display of military precision, horsemanship and fanfare to mark The Queen’s official birthday.  The streets are lined with crowds waving flags as the parade moves from Buckingham Palace and down The Mall to Horse Guard’s Parade, alongside Members of the Royal Family on horseback and in carriages.  The display closes with an RAF fly- 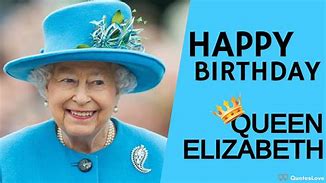 past, watched by Members of the Royal Family from Buckingham Palace balcony.”1

After this, the Queen inspects the troops before parading back to the palace.  We would imagine that there are family festivities planned.  But the question remains:  why two celebrations?

The tradition goes back to King George II.  Born in the cold month of November, he didn’t want his kingdom subjected to cold temperatures just to pay him honor at his birthday.  The Trooping of the Colours began under his reign in the month of June and has continued to this day.  Since Queen Elizabeth II has been on the throne for 68 years and June is the month of her coronation, it all just seems to work out perfectly for the folks of the UK.

If you are reading this, you obviously have one birthday, whether you choose to celebrate it or not.  There is a day when you entered this world, naked, wrinkled, and squalling!  But, do you have a second birthday?

In John 3:7, Jesus told a Pharisee named Nicodemus, “Marvel not that I said unto thee, Ye must be born again.”  This really confused Nicodemus.  “Nicodemus saith unto him, How can a man be born when he is old? can he enter the second time into his mother’s womb, and be born?”  (John 3:4)  This is anatomically impossible and Nicodemus knew that. 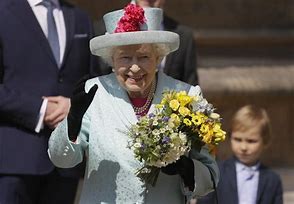 Jesus goes on to explain to Nicodemus that our first birth was a physical birth.  We were “born of water,” early swimmers in our mother’s sac filled with amniotic fluid.  To be born again is a spiritual birth, whereby we are “birthed” by the Holy Spirit of God into the family of God.

Jesus told Nicodemus in John 3:16, “For God so loved the world, that he gave his only begotten Son, that whosoever believeth in him should not perish, but have everlasting life.”  We are born again the moment that we trust Jesus as our Savior.

There is a moment in time when you entered this world physically.  You celebrate that day.  Has there ever been that moment in time where you were born spiritually?  You haven’t “always believed” as some like to say.  You didn’t gradually become a Christian.  New birth is as sudden and momentous as your physical birth.

Do you have two birthdays?  Then, celebrate them!  Do you wish you could celebrate two birthdays?  Romans 10:9 says, “That if thou shalt confess with thy mouth the Lord Jesus, and shalt believe in thine heart that God hath raised him from the dead, thou shalt be saved.”  If you can sincerely do this from your heart, calling on the Lord to be saved, you will be born again!  And you can start celebrating two birthdays!

If the Queen is a born-again Christian, I guess she will get to celebrate three birthdays!