You are here: Home / Uncategorized / When Can I Do What I Want To Do? 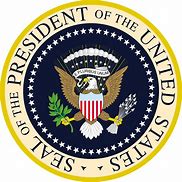 There is a natural belief among children and teens that there is a glorious time in life when they will not have to listen to anyone and they can do whatever they want.  That day never comes.  In fact, it never even comes for the most powerful person in the USA – the President of the United States.

While we may be tempted to think that it must be nice to be a President and be able to do anything we want, just consider some of the restrictions on their life.

Once they leave office, the requirements and restrictions continue.

There are many more restrictions placed on their lives that the average person would find incredibly intrusive and insulting for a grownup to endure.  Yet, they’ve surrendered these things to shoulder the great responsibility of being the leader of the free world.

Christians understand that saving grace has given them boundless liberty and freedom.  However, this liberty cannot be exercised liberally, nor can freedom be exercised freely.  Galatians 5:13 says, “For, brethren, ye have been called unto liberty; only use not liberty for an occasion to the flesh, but by love serve one another.”

Paul discussed the grave responsibility that comes with such freedom and liberty in 1 Corinthians 8.  He said, “But take heed lest by any means this liberty of yours become a stumblingblock to them that are weak…  (13)  Wherefore, if meat make my brother to offend, I will eat no flesh while the world standeth, lest I make my brother to offend.”  (1 Corinthians 8:9, 13)

Our freedom and liberty in Christ places great responsibility on our shoulders.  We hold the heavenly governmental post of Ambassador and our office must be conducted with gravity and servitude.  This is an office we hold until the day we die.  The requirements and restrictions never expire.

While I don’t know if former presidents believe that the sacrifice was worth it, Christians KNOW that sacrifice is well worth it and will be rewarded in the end!